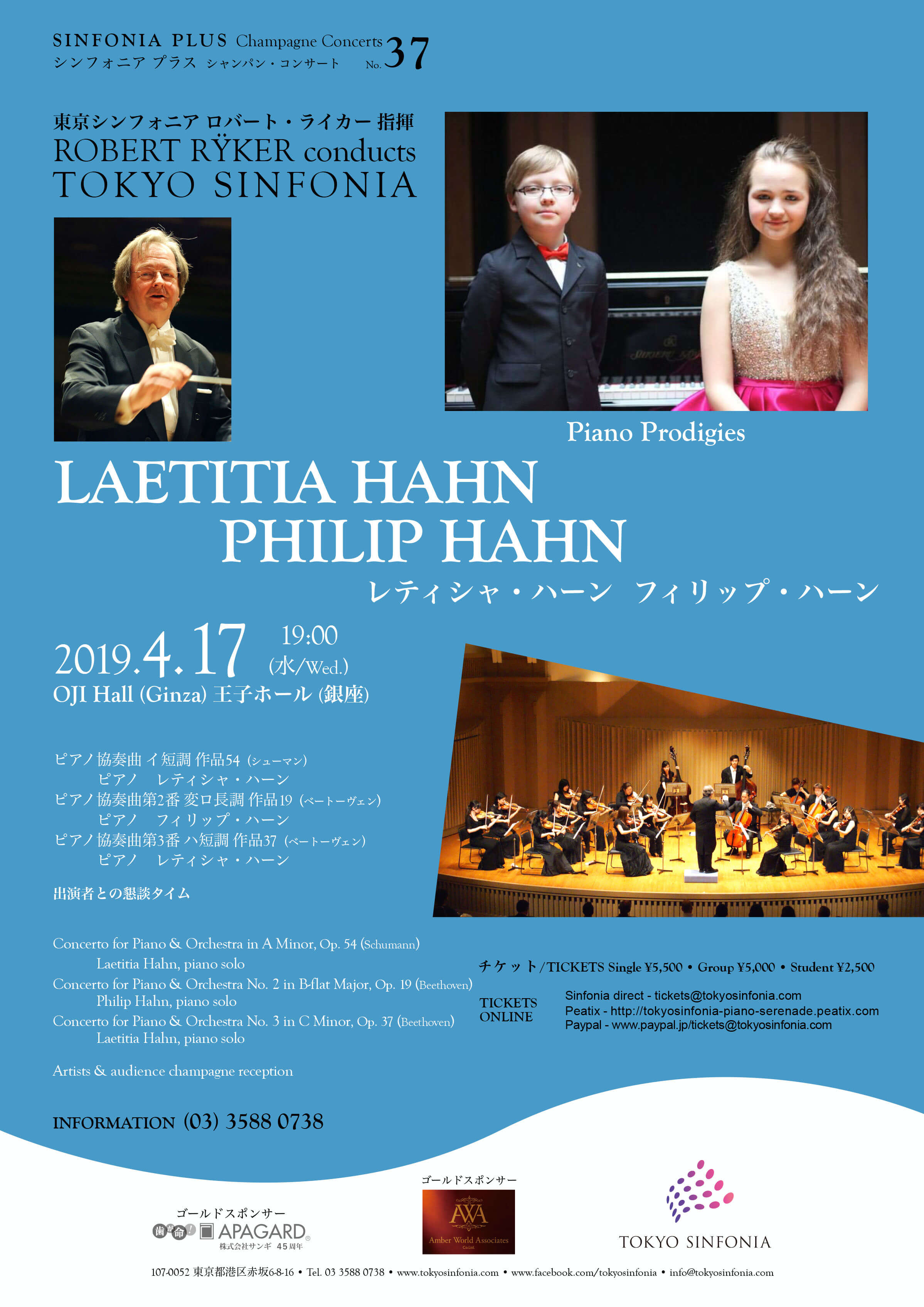 Come and join us for this rare opportunity to see some of the most talented young musicians in the world!

Fifteen-year-old Laetitia Hahn was born in Düsseldorf, Germany in 2003. She began playing piano at the age of two, added the violin two years later and started public school, skipping four grades. At eight, she began university studies as a piano young scholar in Düsseldorf. At 12, she was enrolled in Switzerland for a Bachelor of Arts in Music. She has won a score of awards and scholarships in the Bach, Bremen, Rachmaninoff, Rotary, Schülter, Steinway and other competitions. In 2016, she was named a Kawai Artist. The Aachener Nachtrichten named her among the “People of 2014.” Lang Lang nominated her as a Musical Ambassador. She has appeared in Aachen, Bad Urach, Dresden, Essen, Hamburg, Köthen, Leipzig and Munich; and in Austria, Belgium, Italy, Poland, Romania and Russia. This is her first appearance in Japan.

Nine-year-old Philip Hahn was born in Düsseldorf, Germany, in 2009. Inspired by the example of his older sister, he began playing piano at the age of one. At four, he became the youngest pre-college student in Frankfurt. At seven, he was admitted to university studies in Switzerland. He has already won first prizes in competition. He has appeared in Aachen, Bonn, Düsseldorf, Frankfurt, Hamburg and Munich, Trier; and abroad in Austria. This is his first appearance in Japan.